My tuition has been deeply impacted by the Covid-19 crisis. See the current situation here:

COVID-19 (Coronavirus) has created uncertainty and upheaval for us all in our daily lives, and in many cases forced us to change the way we can do business.

I am very much back to work, with restrictions mostly lifted!

I am running private tuition sessions, and have booked workshops in for the first half of 2022. Most of these are booked direct with me, and I also have some dates for workshops with the RHS at Hyde Hall too. To have the best chance of booking on to these, do make sure you're signed up to my newsletter.

I am sending out Gift Vouchers as normal, these having a 2 year validity, and extensions if required due to any lockdowns. Click to purchase Gift Vouchers.

My decisions regarding tuition are being constantly reviewed in light of further advice as time goes on. I will update here, on the relevant workshop pages on my website, by newsletter, and via social media (Facebook, Instagram, Twitter), as and when required.

I continue to provide private tuition via Zoom and Skype. I also occasionally run online free Q&A sessions, make sure you're signed up to my newsletter to receive details of these.

If you wish to meet for a practical private photography session, please get in touch.

Gift Vouchers with an expiry date between 01/03/2020 and 30/09/2022 will automatically receive a 1 year extension to that expiry date due to the Covid-19 lockdown period. This extension will be reviewed in light of further COVID-19 restrictions and regulations.

Essex Wildlife Trust's visitor centres are open, but my workshops with them are still disrupted. You can read their statement on the EWT website. Many apologies for the disruption.

The RHS are running events and workshops at Hyde Hall, and I have some dates booked in for 2022. Please head to the Art of Garden Photography and Know The Basics workshop pages to book these when available. You can read their current Covid statement on the RHS website. Again, many apologies for the disruption.

I am running workshops booked direct with me, have a look at the workshops pages, but do also make sure you're signed up to my newsletter, some workshops are only advertised through this.

It's been very rewarding to still be able to present talks to camera clubs via Zoom throughout the pandemic, and I have lots more booked in for the coming months, as well as some face to face ones. Do get in touch if your club would like one too.

I thank you for your patience and understanding during these prolonged times.

A long time ago, on a photography forum far, far away, I was asked "How do you do it?" The enquiry arose after I posted a particular photo, and was later clarified as "I've got the same equipment as you, but things never come out as sharp as yours", or words to that effect. This raises a couple of issues, and steers me away from the obvious answer of 'it' being all credited to my amazing artistic ability...

Sharpness in digital images is, as far as I'm concerned, down to three things:

Unless you've got a camera and lens capable of producing a sharp image, you're going to struggle to produce sharp shots of any decent size. But the key phrase there is 'decent size'. A soft or blurred photo can appear sharp when reproduced at a low resolution, either as a small print or on the web. 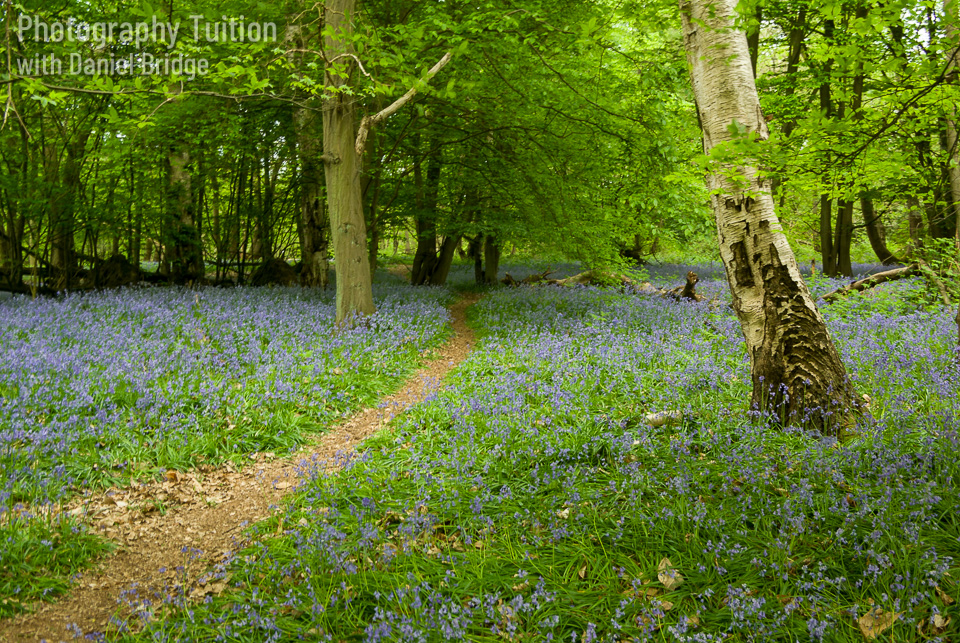 The photo above is blurred through camera shake (shutter speed was 2/3 second), yet at this size it looks sharp. I would be very reluctant to print it at anything larger than 6" x 4".

As long as you hold your camera steady enough, and ensure your shutter speed is fast enough to freeze any subject movement, and you focus correctly with sufficient depth of field, then you'll get as sharp a shot as your equipment is capable of.

If your shots aren't sharp, take a moment to first assess whether something about your technique is lacking, before you blame the lens or camera. Blurred image? What sort of blur? If everything has a smeary look to it, then it's probably camera shake. Put your camera on a tripod, or increase your shutter speed. If the smeary blurring only affects your subject, then the shutter speed was too slow to stop motion blur caused by the subject moving, even though the camera was steady. Is something in focus, but the subject not? Then the focus is wrong. Is too little of the subject in focus? Increase your depth of field by increasing your aperture value (change from f/4 to f/11 for instance).

By knowing how different sorts of failing in technique show themselves, you have a chance to correct them.

The way that a digital photo is processed for showing on the web or as a print can have a massive effect on its apparent sharpness. Consider the following two images, and ask yourself "which photo is sharpest?" 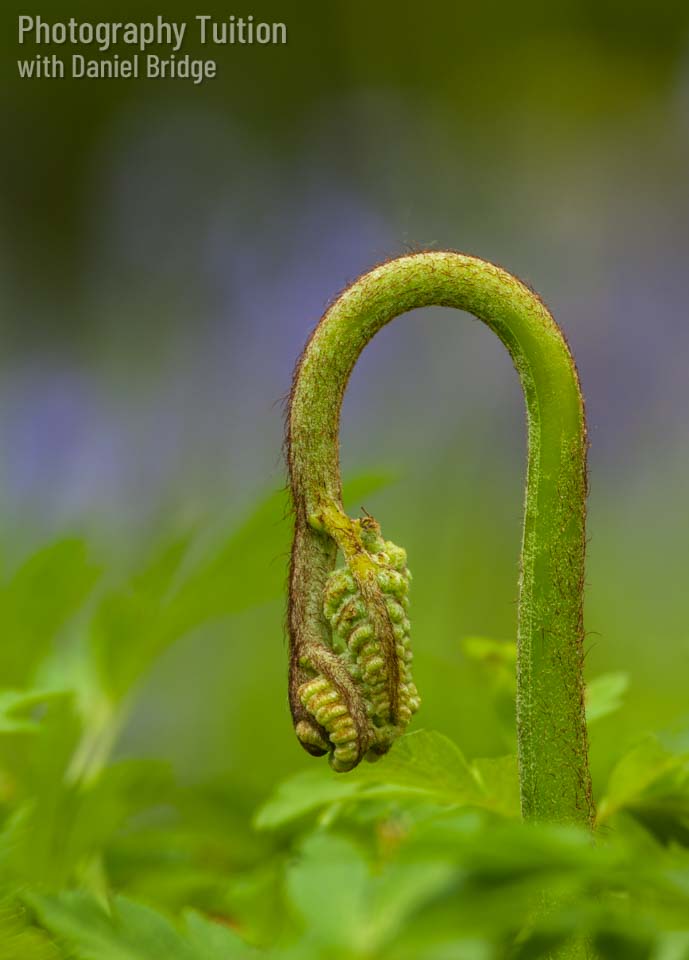 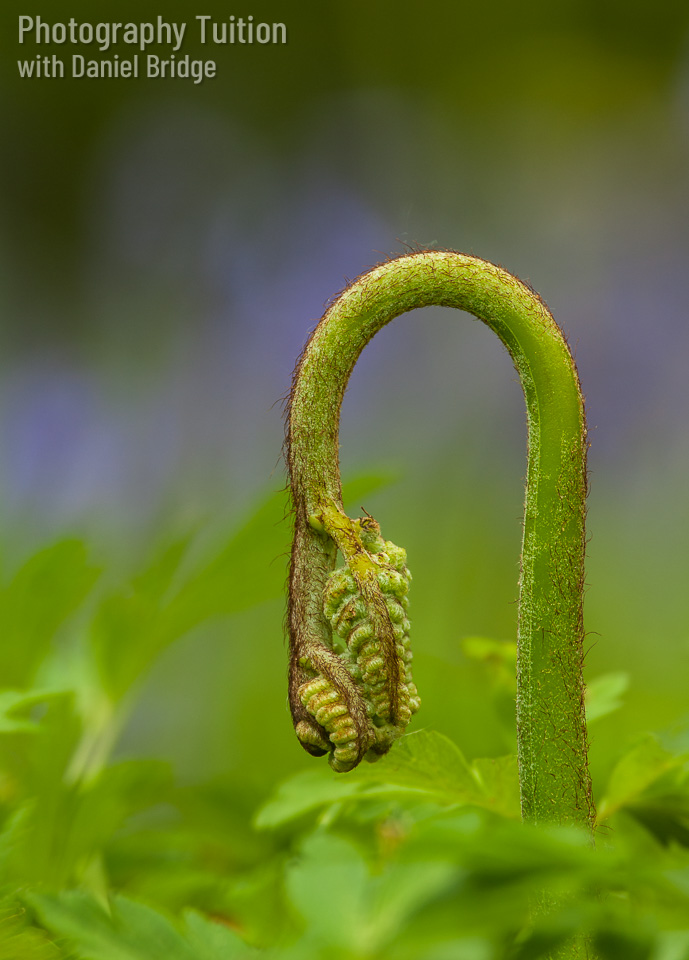 Well, that was a bit of a trick question, as they're the same photo, just processed differently. Therefore the actual photo is obviously as sharp as it is, but the images presented here are quite clearly 'softer' and 'sharper'.

Both were processed in Lightroom from a RAW file, but the first had no sharpening applied at any stage, and was resized and saved as a JPG with a low/medium compression setting (40%).

The second was given a 'capture sharpen', which all digital images really need because of the way they're created (if you're shooting JPGs in-camera, the camera's already doing this for you), and I used the Sharpening Amount of 60, and Masking of 80, in the Detail tab of Lightroom (the Radius and Detail sliders are left on their defaults), then when Exporting as a JPG a higher quality setting of 80% was used, with Output Sharpening for 'Screen', Standard strength. Different cameras, and different tastes, will require different settings.

What these two images show us above anything, is that you can't compare your photos to anything you see on the web, without first knowing how that image was processed in order to get it there. I know my bracken shot is sharp, but if the only representation of it that anyone ever saw was that first one above, I'd be the only one thinking that.

So there are many elements to 'sharpness', and all will need to be addressed at some point to get your images looking as sharp as you might like them to be. Thankfully any camera you can buy these days will be able to give you acceptably sharp photos, but your definition of 'acceptable' may differ from someone else's, and there's still plenty of scope with any camera to get something that's not sharp. Being critical is the key, and understanding what's wrong, and how to put it right, can not only make all the difference to your photos, but also your enjoyment of photography.

What Camera Should I Buy?

How To Shoot The Moon

Do you have a question? Please ask!

Send us your questions and we'll get back to you as soon as possible.

Daniel produces a monthly newsletter so you can be notified of new workshops first with priority booking, get special offers on tuition, top tips, and a bit of general news thrown in too.

Daniel Bridge Photography will use the information you provide on this form to be in touch with you and to provide updates and marketing. Please click 'Subscribe' below to confirm you wish to regularly hear from us by email.

You can change your mind at any time by clicking the unsubscribe link in the footer of any email newsletter you receive from us, or by contacting us at newsletter@danielbridge.co.uk. We will treat your information with respect.

We use MailChimp as our marketing platform. By clicking below to subscribe, you acknowledge that your information will be transferred to MailChimp for processing. Learn more about MailChimp's privacy practices.

Brilliant
"I’ve been on 3 of Daniel’s workshops and they’ve all been amazing. He is so patient and is brilliant at explaining even the more technical side of things. After each workshop I’ve been inspired to pick up my camera and go places I wouldn’t have done before. Definitely recommend." Laura Llewellyn via Trustpilot

Fun Photography lesson
"Incredibly knowledgable and very helpful throughout the lesson. We had a great time learning new things in a relaxed environment." Erin Morton via Trustpilot

Highly Recommended
"I have attended a group session, and a 1-2-1 with Daniel, and am very pleased. I absolutely recommend his courses, in fact, we have also booked a 1-2-1 with him for my Son." Phil Amey via Trustpilot

Brilliant
"We all learnt so much from Daniel, he taught us how to use our cameras more effectively and also treated us to the most amazing photos he had taken. All of this was presented with a lovely self deprecating sense of humour." Mr & Mrs Davies via Trustpilot

©Copyright Daniel Bridge Photography Tuition 2003-2022
Please read the privacy policy carefully as it details our practices regarding collection, use, disclosure, retention, and protection of your personal information.
Lost? Here's a Sitemap